Walking barefoot is also called “EARTHING”….or “Connected to the earth.
Basically, “EARTHING” means walking barefoot on grass, land, sand, stones and on wooden or tile floors in your house.
It is good for our bodies to walk barefoot due to the relationship we have with the electrons of the earth and our bodies.
The planet Earth has its own natural charge, therefore we will feel better when we are in direct contact with it.

Studies show that walking barefoot is good for our 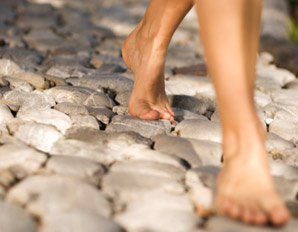 This energy is a very potent antioxidant helping you to have a healthy mind and body.
Remember, we are electrical beings.
Our body regularly produces positive charges which can oxidize and harm us if it is excessive.
We have at least 100 watts or more of electricty flowing through our body, therefore, too much electricity can be bad for us.

One good way to regulate excess electricity is “WALKING BAREFOOT” ….and let the EARTH cure us.
If you live near the sea or a river, try walking barefoot in the water. 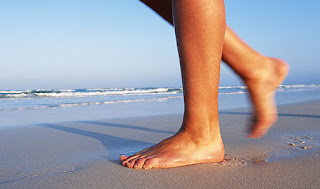 
https://www.youtube.com/watch?v=K2BlPcG74eo
The Police sing "Walking on the moon" 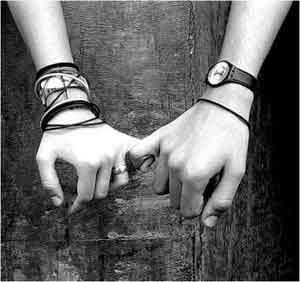 Your soulmate is a person who you meet and right away and you have an immediate connection.
It´s a very strong connection, and it´s a feeling you perhaps have not expierenced before.
This beautiful natural connection will develop into a very deep love.
Life will have a new meaning for you and you will feel that you cannot be separated by this special person.

The American writer Richard Bach said, "A soulmate is someone who has locks that fit our keys, and keys to fit our locks. When we feel safe enough to open the locks, our true selves step out and we can be completely and honestly who we are."

Your soulmate makes you feel completely whole, healed and intact, as if there is no piece missing from the puzzle.

You will fall in love with his (or her) flaws. Of course, no relationship is perfect, and even soulmate relationships will experience ups and downs. However, that bond will be much harder to break.

Soulmates have an easier time of accepting, even learning to love, each other's imperfections. Your relationship is more likely to be a soulmate match if you both love each other exactly as you each are, accepting both the great and awful tendencies we all have. 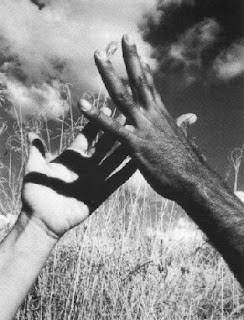 You feel secure and protected with your soulmate. It doesn´t matter the gender of your partner, he or she will always make you feel secure and protected. Your soulmate will make you feel like you have a guardian angel by your side.
You can't imagine your life without him this special preson. A soulmate is not someone you can walk away from that easily. It is someone you can't imagine being without, a person you believe is worth sticking with and fighting for.

Soulmates will look into each other's eyes when speaking more often than ordinary couples. It comes naturally from the deep-seated connection between them. Looking a person in the eye when speaking denotes a high level of comfort and confidence.

The old wise Hindu master was getting tired of listening to the constant complaints of his apprentice.
Therefore, he thought that he should teach his apprentice something which would make him reflect on.


One morning, the master asked his apprentice to bring him some salt.
When he came back his master asked him to put a handful of salt into a glass of water, and drink it.
"What does the water taste like?", the wise old man asked him.
“Very salty and terrible”, said the apprentice.


Wanting to laugh, his master told him to do it again, but instead of putting the salt into a glass, he told his apprentice to throw the handful of salt into a lake.
So, they slowly walked together to a large lake situated in the middle of a forest near his village.


When the apprentice threw the salt into the lake, the old man asked him to drink some water from the lake.
“What does it taste like now?”, his master asked.
“The water is delicious and fresh. It doesn´t taste like salt at all.


Then the wise old man took his apprentice´s hands and told him.
“The pain of life is pure salt”.

There is always the same amount, however its taste depends on the receptacle that contains the sorrow.
Therefore, when you suffer from the adversities of life, enlarge the meaning of things.


"Stop being a glass and simply become a lake".

I applaud the decision of the local Valencian government to limit the speed limit to 30 kilometers per hour in the city center.

They are "on the right track".

It is a good idea to limit the speed limit of cars in the Valencian historical city center.
The second step to limit the amount of cars.

In the end, this is the best idea.

There are many reasons why:
-The center is a closed area, so there is practically no wind circulation.
- In the summer it is very hot. The more traffic, the hotter it gets.
-There is too much pollution due to gas fumes.
-There are too many cars.
-There is too much noise.
-There is too much traffic.
-People are more uptight and stressed when there is so much traffic and noise.
-The buildings are dirtier. In fact everything is dirtier.
-People get irritated.
-Tourists will probably complain of the noise when they are having a coffee, lunch or dinner in the many terraces in the streets.
-The Paz street should be closed to traffic.
-This street should only be used by cyclists, pedestrians and electric taxis and buses.
-This way people will slowly walk and go into the many shops in this street and buy more things.
-There will be more coffee shops and restaurants where people can sit outside.
Many European cities are limiting the amount of cars in the city center….so why not Valencia?