One day a child at school asked his teacher what love is. 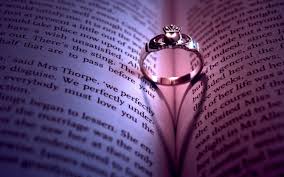 Therefore, the teacher told her students to walk around the school yard and to bring her things which you could love……simply, things which provoke in you feelings of love.

Later, when all the students came back, they began to show the things they had found:
“I brought a rose….isn´t it beautiful?”, said a girl.

Another child said, “I found this little bird in a nest….isn´t it cute?”

A boy called Alvaro said, “I found some mistletoe in the garden.” 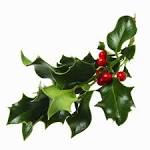 Everyone brought something that represented love for them.

But then, the teacher saw that one of the little girls had not brought anything.
“And you Clara,…. didn´t you find anything which you could love?”, the teacher asked her.
Clara, shyly responded:

“I saw the flower and I smelled its perfume. I thought of picking the flower, but then I left it so it could give off its aroma for a longer time.
I also saw  butterflies with beautiful colors, but they looked so happy that I didn´t dare catch one.

I saw the little bird, but when I went up the tree to see the nest, I saw the sad look of its mother and so I decided to leave it in the nest.
With me I only bring the perfume of the flower, the freedom of the butterflies and the gratitude in the eyes of the little bird´s mother.

“How can I show you what I brought….I didn´t bring anything?”, Clara said and greatly moving the teacher.
The teacher thanked Clara and told her that she was the only one to understand that love is not  a trophy.

Love is only found in one´s heart. 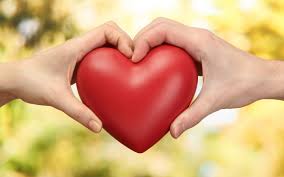 Official video of Oasis "Let there be love"

“Sunny” significa soleado, y “side”, lado. Así que literalmente sería: “El lado soleado arriba”
One day it will be normal to fry sunny-side up eggs in the street because it will be so hot to do it.
Our planet Earth is getting hotter and hotter because of global warming.
If global warming continues because industrialized countries don´t give a shit, or don´t reach an agreement to do something about this serious problem, then the temperature of our planet will increase so much that people will not be able to go outside into the street…..unless they want to risk turning into a sunny-side up egg.
Apart from not being able to walk outside, it will also be impossible to go to the beach, unless you want to fry like an egg and burn yourself to death.
The effects on life as we know it will be devastating.
Global warming is real and is caused by the burning of fossil fuels which pump carbon dioxide, methane and other greenhouse gasses into the atmosphere.

Ice is melting in both polar ice caps and mountain glaciers.

Lakes and seas are warming rapidly.
As ice melts, the ocean levels rise and coastal cities will probably disappear.
The hottest summer in history was this year in 2015….and it´s logical to think that it will be hotter in the years to come.
Extreme weather, such as tornados, hurricanes, severe snowstorms and droughts are the effects of global warming.

Carbon dioxide, a greenhouse gas produced by cars, trucks busses and airplanes, is the main pollutant that is warming our planet Earth.
Smog floating over cities is the most familiar and obvious form of air pollution.

The burning of fossil fuels such as gasoline and natural gasses are poisoning our planet and people.
In cities such as Peking, Los Angeles and Madrid, people are breathing toxic gasses.
Short-tern effects on people are irritation to the eyes, nose and throat, and upper respiratory infections such as bronchitis and pneumonia, headaches, nausea, and allergic reactions.
This short term air pollution can aggravate the conditions of people who suffer from asthma and emphysema.
Long term health effects can include chronic respiratory disease, lung cancer, heart disease, brain damage and liver or kidneys problems.
Let´s hope that the 2015 United Nations Climate conference will come to a universal agreement on global warming and stop the devastating consequences which are having a disastrous effect on our planet Earth……..before it´s too late.

A young man went to visit Chuan Tzu to tell him about his problems.

“Dear wise philosopher. I´m so unhappy.
Can you please show me the way to happiness?”
“Well, before showing you the way to happiness, I need to know why you are so unhappy,” Chuan Tzu asked him.
With a heavy heart, the young man showed him his empty hands and said,
“I´m so sad because I don´t have anything”
“I don´t understand, said the wise man. What do you have there then?”
“Nothing, said the young man. Can´t you see my hands are empty?”
The wise man then said….”You have two hands. It´s not true you don´ t have anything”
The young man continued complaining and said that he didn´t have a house either.
“Tell me then…. Where do you live?”, asked the old philosopher.
“I don´t live anywhere, the young man said. I just told you that I don´t have a house.”
“That´s not true. You live in your body, Chuan Tzu told him. Your body is your true house.”
The young man finally said, “I´m sad because I feel so lonely ”.
“Then tell me….Who do you live with,”? asked Tzu.
“I don´t live with anyone. I don´t have a wife.
Didn´t I just tell you that I´m alone,?” the young man said.
“You live with yourself, said Tzu. You are your best companion and friend you will ever have”
“Your body is your house and you live in it.
“I don´t have to show you the way to live”.
“You have everything you need to be happy”

The Turtles sing "Happy together"
https://www.youtube.com/watch?v=LhhcHMkmyF8
Published by Amof 2 comentarios:

This little dog is sleepier in the morning

1. You walk faster than me
2. This one is more expensive than the other one
3. He´s skinnier than me
4. It´s colder today than the other day
5. I´m sleepier after lunch
6. Why is your phone more expensive than mine?
7. You did it better this time
8. The leather shoes were cheaper
9. I´m not as smart as you
10. You´re older than her
11. I feel better today than yesterday
12. This hotel is cleaner than the other one
13. There was less traffic than other times
14. I was more tired Sunday morning when I got up
15. We´re looking for a bigger apartment / flat
16. This cheese tastes stronger
17. You´re as tall as me
18. I don´t drink as much beer as your cousin
19. There aren´t as many people as the other day
20. I´m the same age as you
21. I got up earlier
22. I´m living in this neighborhood longer than you
23. I´m a little bit shorter than her
24. It´s easier to play the guitar than the piano
25. There are more rich people than poor
26. This suitcase weighs more than the other one
27. It´s faster to go by train, but it´s also more expensive
28. Spaniards are nicer than the French
29. The more exercises you do the better
30. Your flat / apartment is much smaller than mine
31. Well, my kitchen is bigger than yours
32. As you can see, some sentences are easier to translate than others
33. Do you have a sharper knife to cut the chicken?
34. I don´t know which one is more useful
35. It was more crowded on Friday night than on Saturday
36. You go out more than I do
37. You look happier
38. How are you feeling? Better than ever

A caterpillar was walking towards a big mountain when he came across a grasshopper.

The grasshopper asked him , “Where are you going”?
The caterpillar answered him as he was walking: “I dreamnt that I went up a mountain, and from the top I could see all the valley.
I really liked what I saw, and so I have decided to climb the mountain”
The grasshopper looked at him and said, “You gotta be crazy!
How are you going to get there?  For you, a puddle of water is like a lake, and a rock is like an uncrossable hill”
The caterpillar paid no attention to the grasshopper and kept on walking.
Further ahead, a mole, a spider and a frog also told him that it was impossible.
“You will never be able to achieve your dream of reaching the top of the mountain”, they told the caterpillar.
Tired and exhausted, the caterpillar stopped to rest to build a safe place to spend the night.
“Tomorrow I will be better", he said to himself…..and then he died.
On finding out what happened, the animals of the valley went to see his dead body.
There on the ground lied the poor crazy caterpillar who had died to fullfill his dream while sleeping in his refuge.
Suddenly the refuge began to collapse and a beautiful butterfly came out and started to fly towards the mountain.

The grasshopper and the other animals then realized that they were very mistaken.
We must always try to achieve our dreams, and if we see that we can´t, perhaps we we should stop to make a radical change in our lives.
We must not forget that being successful in life is not measured by achievments, but by all the obstacles that we have had to overcome along the way.