The mighty Lion woke up and felt like walking across his territory to have a look and see what was happening on his land.
He walked with his head held up high and roared very loudly so that everyone would know that the king and sole owner of the land had arrived to claim allegiance from everyone. 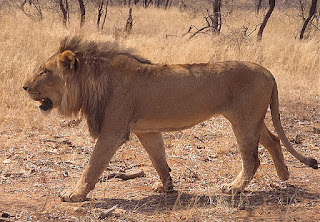 As the heat was rather stifling, the lion made its way to a nearby river to quench his thirst and of course not worrying at all that anyone would ever think of defying him.
While heading to the river, the lion came across a huge deadly cobra and asked it:
“Tell me, who is the king of the jungle?”
“You without any doubt my master” answered the cobra as it began to flee as fast as it could in order to escape from the lion´s anger.

On arriving to the river, the lion saw a powerful twenty foot crocodile who was sleeping in a pool of muddy water.
The lion sacred the shit out of the crocodile and asked it: “Who is the king of the jungle?”.
“Why the hell are you asking me that? You know very well that it´s you, my king”

The lion continued on his journey and saw that up ahead under a tree was the biggest elephant the lion had ever seen. 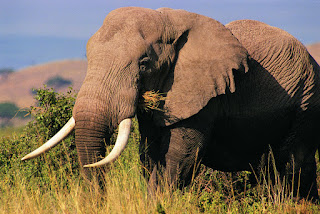 And of course the lion asked the elephant the same question.
Instead of pleasing the lion as the other animals had, the magnificent elephant wound its trunk around the mighty lion and threw him against a tree with a loud thump.
More surprised than hurt, the lion said; “Okay, I understand why you did that, but there´s no need to get so angry simply because you don´t know the answer”

The moral is that this often happens in everyday life.
There are people who are very arrogant. They think they are the cream of the crop and they believe that they are always right, but if someone thinks differently….. it´s always the other people who are wrong.

TAMBIÉN SE USA "REMIND" CUANDO UNA PERSONA TE RECUERDA DE ALGUIEN
- You remind me of someone  =  Me recuerdas de alguien
- Your mother reminds me of my mother  = Tu madre me recuerda a mi madre
- Susana reminds me of a girl I knew at school  = Susana me recuerda a una chica que conocía en el colegio
- Doesn´t he remind you of Pablo?  = ¿No te recuerda a Pablo?
-You forgot to remind me to set the alarm  = Te olvidaste de de recordarme de poner la alarma

*WILL YOU REMEMBER TO BUY SOME WINE?  DON´T WORRY, I WON´T FORGET
-I still remember when we went to Dublin  = Aún me acuerdo cuando fuimos a Dublin
-Do you remember Susan? We met her in Italy  = Te acuerdas de Susan? La conocimos en Italia
-Do you remember me?  =  Te acuerdas de mi?
-I don´t remember where I parked my car. I forgot where I parked it  =  No me acuerdo donde aparqué mi coche. Me olvidé donde lo aparqué
-My mother rememebers everything. She never forgets anything  =  Mi madre se acuerda de todo. Nunca se olvida de nada
-When I finished work, I remembered that I had to buy some eggs  = Cuando terminé el trabajo, Me acordé que tenia que comprar huevos
-Remember to call your mother  =  Accuerdate de llamar a tu madre
-Don´t you remember you have a dentist appointment?  Thanks for REMINDING me. I nearly forgot =  ¿No te acuerdas que tienes una cita con el dentista? Gracias por recordarmelo. Casi me olvido.


Jason Grey sings "Remind me who I am"