If you want to be healthy, live a long time and be happy….eat garlic.

Garlic has been in use for thousands of years.
It was used by the Egyptians to flavor food and also used as a traditional medicine.
China produces 80 percent of the garlic world supply.
Spain is probably the biggest producer of garlic in Europe.
The health benefits of garlic are numerous.
Garlic is nature´s most potent immune body booster, a very powerful antibiotic, and it can also increase your libido.
Garlic can make you get better when you have a cold too.
It acts as a natural medicine to lower high blood pressure by 10 percent and reduces the level of cholesterol.
The best way is to eat fresh raw garlic.
You cut a clove in half or in several pieces and swallow them when eating a yogurt, like taking a pill.
This way you won´t have bad breath
You can also eat the cloves with parsley to prevent the strong taste.
It is generally recommended to take two garlic cloves early in the morning before having breakfast.
If you can´t stand the strong taste of garlic, you can buy garlic capsules in natural food shops if you wish.
Swallow the capsule when you´re eating a yogurt or drinking kefir.
Garlic can reduce cardiological and atherosclerosis problems.
Garlic contains powerful antioxidants which provides protection against cellular damage and thus can make you live longer.
One of the major health benefits of garlic is that it helps to replenish the lost iron in the body.
So, taking garlic provides relief from anemia because it produces the protein called ferroportin, which enhances the absorption of iron.
Garlic contains Allicin. This sulfuric compound in garlic makes it a cancer-fighter.
Cancer cells are damaged  due to dietary and environmental toxins, rampant inflammation, and an immune system in serious risk.
Garlic will target these weak spots in your body giving you an added protection for your immune system.
Allicin also has anti-bacterial, antifungal and antiviral properties, according to the University of Maryland.
Allicin will make your blood cleaner too.
Spaniards eat a lot of garlic. It is used in a lot of delicious recipes  such as stews.
A lot of people also use garlic when they prepare Rice in the oven, Paellla and Gazpacho.

People also like to eat toasted bread with natural tomato and fresh garlic.
You can also mash garlic and add it to salads.
Garlic is delcious and healthy.
So, now we know why Spaniards are living longer!


What would a man do without their better half …… a WOMAN?

I guess men would go crazy, all of them would be gay and the world would be empty and die.
Therefore, thank God that there are women to love, have fun with, learn from them and give birth to our children to make life a better place to live in.
They are as important as men and must be treated equally…but of course, this is not true in many countries and cultures.
Men can at times be motherfuckers and treat women terribly.
Why must a woman be mistreated and perhaps even killed?
This is not a normal behaviour in any civilized country.
You have to be crazy to think about killing a human being!
Anyway, and to change the subject, there are studies which say that the woman´s brain has thicker  cortices than men.
Thicker cortices are associated with higher scores on cognitive and general intelligence tests.
Thus, women are smarter in many ways.
They are smarter in learning languages.
There are so many famous women writers such as Virginia Woolf, Jane Austen, Agatha Christe , and of course J.K. Rowling.
Marie Curie was the first and only woman to win the Nobel twice in two different sciences.
One of her famous quotes is: “One never notices what has already been done, one can only see what remains to be done” = “Nunca nos fijamos lo que ya se ha hecho, solo nos podemos fijar en lo que queda para hacer”
In Spain, things have changed in respect to women in this society, but there are still so many things to be done, as Marie Curie says in her quote.
Obvioulsy, women must receive the same salary as men when they have the same studies and know how.
Why should a woman be discriminated just beacuse she´s a woman and thus get a lower salary  than a man.
It doesn´t make any sense at all.
Of course, one of the main reasons in Spain for the huge gap between men and women is the influence of the Catholic church for many years.
Spain has always been a very Catholic and religious country.
The civil war and Franco´s regime made it very difficult in the process of women´s emancipation.
In that time, women were not allowed to open a bank account.
It was practically impossible for women to study or work for so many years.
Their job was mainly limited to only take care of the children and the household  chores.
But of course, things have changed a lot since then.
March 8, 2018 is the day women workers in Spain participated in International Women's Day with an unprecedented strike targeting gender inequality and sexual discrimination.

Their slogan was: If women stop working, the world stops.
And yes. On that day practically everything stopped.
So, let´s once and for all finally stop women discrimination and treat them as equal to men. 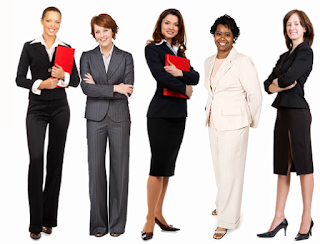